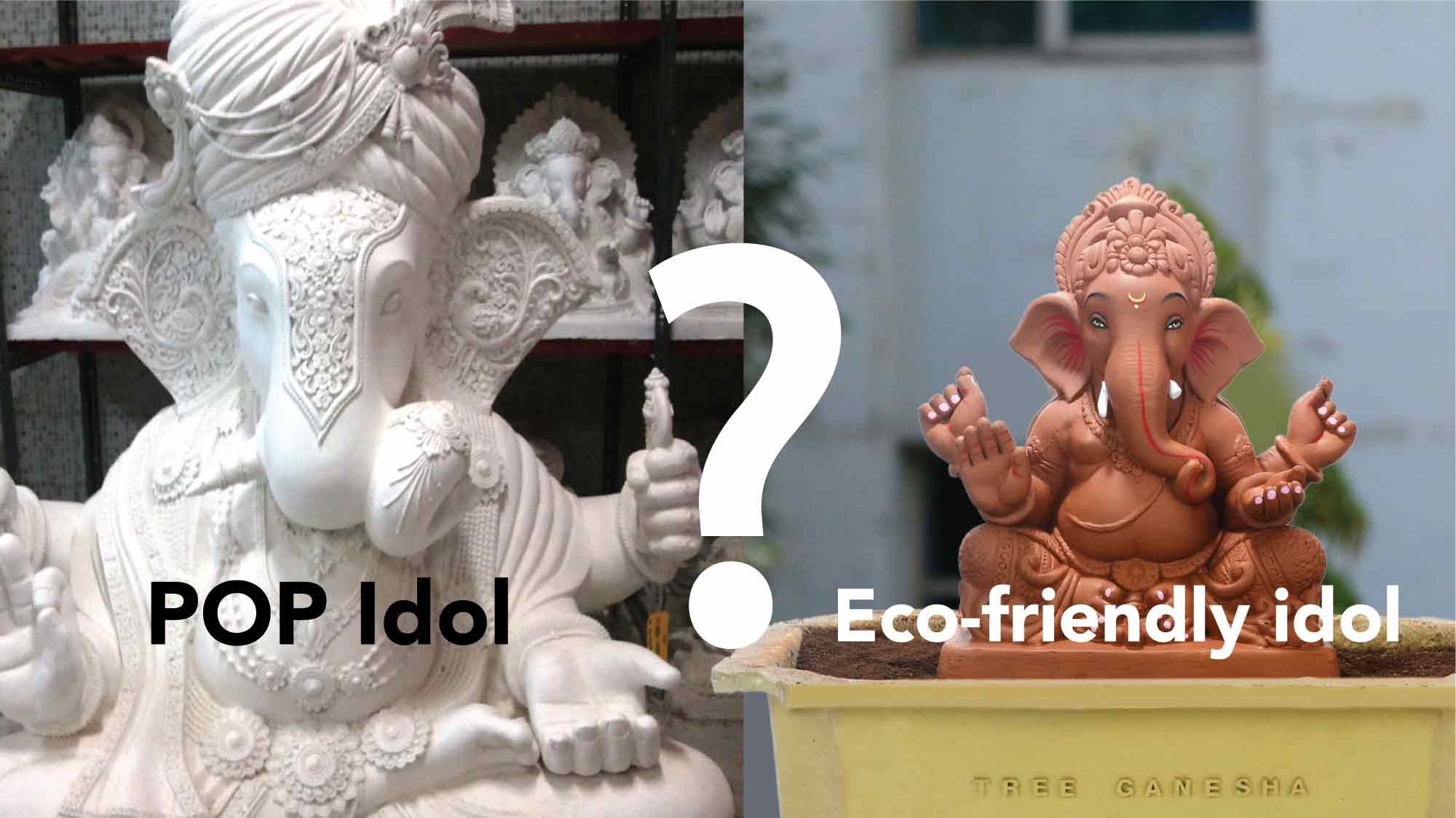 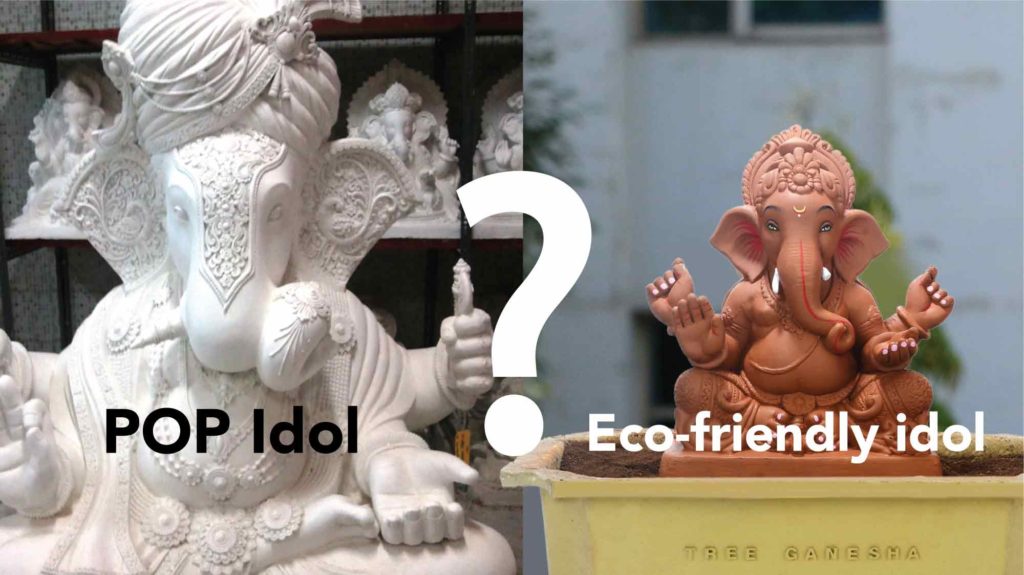 Isn’t it odd that the Lord himself who was conceived from mud and the sweat of his mother, the lord who was born from the dirt and is ought to return to the dirt, is presently considered liable for
tremendous contamination?

The idea of Ganesha visarjan itself is eco-friendly as it portrays Moksha and how everything, in the long run, disintegrates in nature. According to the tradition, only clay idols of Ganesha ought to be worshiped and drenched in water. In any case, today, similar to every other thing, Ganesha’s idols also have been commercialized. Eventually today, the clay idols have been replaced by the Plaster of Paris idols due to commercialization. These idols are ideally responsible for the reduction of oxygen level in the water that later kills the fishes and other aquatic species as the Plaster of Paris idols are made of chemical and other synthetic paints.

In the Arabian Sea off the Mumbai coasts every year there are over 1.5 lakh idols immersed leading to the fall of oxygen level in the sea by 50 percent right after the festival.

Well, the reason why people bring home these POP idols are that they are cheaper and are easily available in the market in comparison to the eco-friendly Ganesha Idols. These POP idols fail the traditional concept of Ganesh Chaturthi, as the idols do not easily dissolve in water and the remains are collected by the local government resulting in demolishing the idols with bulldozers.

To enlighten the reason as to why an eco-friendly idol costs more than a POP idol, the reason being too many POP idols are easily available in the market with not much time to spend. If it is to be believed, POP idols are much easier to carve and set into the shape which can save much of the time and money of the artisans. In comparison to the POP idols, an eco-friendly idol holds the increased cost of raw material and transportation for the rise. Eco-friendly colours and unadulterated mud is being utilized by craftsmen to make sure that the environment is not being harmed.

Many citizens do understand the effect these POP idols have on the environment and hence are opting for an eco-friendly Ganesha Idol. But the number of users is very less and the reason being the price. While a Pop idol costs somewhere around Rs.500, a clay idol of the same size and design costs from 900-1000Rs. PoP idols might be cheaper today, yet somehow is destroying our environment for the near future. Being responsible citizens let us understand the need to save our environment by bringing home eco-friendly Ganesha.

Tree Ganesha understands the responsibility as the citizen and the need to protect our environment, hence celebrates Eco-friendly Ganesh Chaturthi and plantation of trees at the same time.